With so many unbelievable backdrops to choose from in Southern California how can you decide? Well Scripps Seaside Forum is the 1st place to start! This award winning venue with unrivaled ocean views, is perfect place for style and function. Layne & Mike knew this was the “dream wedding” venue they had been looking for and so on December 14th it became a reality! With 120 friends and family to bear witness, the ceremony began with the sounds of a string quartet. The wedding party was decked out grey and little shades of blush flowers. And with a kiss, Mike and Layne became Mr. & Mrs.! The cocktail hour was hosted on the outdoor patio and as the sunset guests were escorted to the reception area for dinner and dancing. Undercover Live Entertainment greeted everyone with upbeat music as guests took their seats awaiting the grand entrance. Each bridesmaid and groomsmen from the wedding party made their own expressive entrance to “Safe and Sound” played by the band. Following the entrance the 1st course was served followed by the parents dances. After toasts the couple shared in their 1st dance as husband and wife and it was not to be forgotten. What started out as a couples dance soon turned into a flash mob including the wedding party and a few of the other guests! It was a surprise to everyone, including the band! And for the next 2 hours this party danced till the lights came up! Undercover played all the genres Rock, Pop, Hip Hop, Motown and the floor remained full, this was a dancing crowd! The last song of the night was “Living on a Prayer” which the entire crowd as given led flashing tambourines to accompany the band and make for an unforgettable memory for this couple! Thank you Layne and Mike for letting Undercover Live Entertainment be the best San Diego wedding band choice for your wedding! 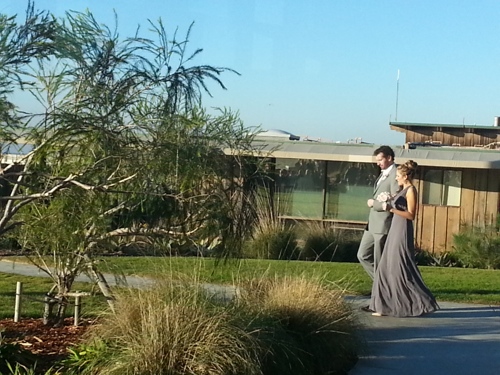 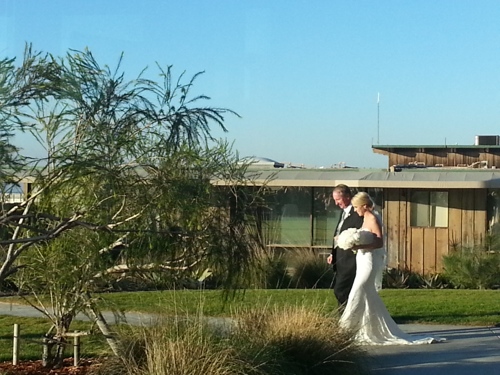 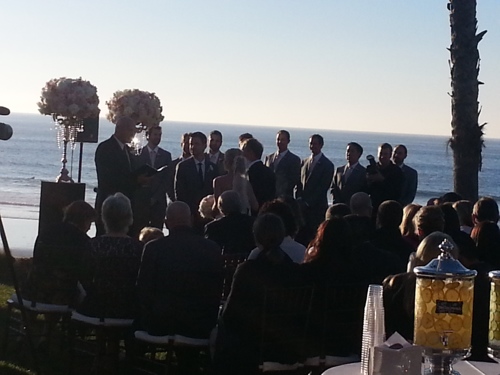 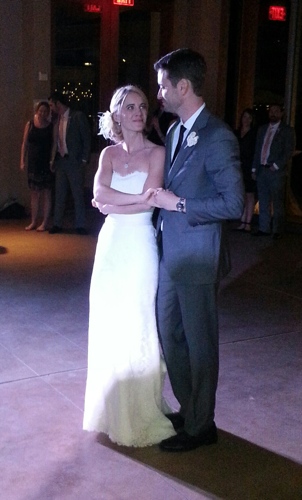 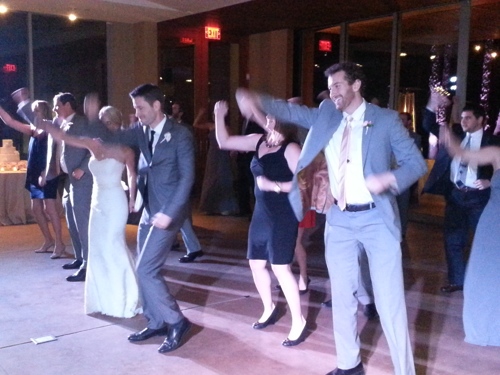 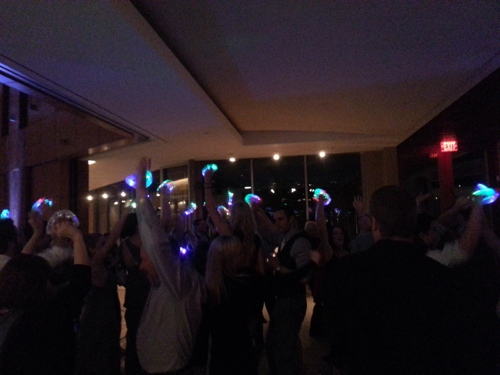