The Stamper family was looking for a cover band for Amelias wedding in early 2011.  Spearheading this adventure was her mom who came out to see the band perform in a  local OC venue.  Liking what she saw and heard they decided to hire Undercover Live Entertainment since they provide their brand of cover bands for weddings.  Here is the love story of our clients…

John Owens and Amelia Stamper met in a Barcelona hostel in June of 2008 while Amelia was on a an excursion from her study abroad in London and John was on a weekend getaway with a friend. Having just graduated from the Naval Academy, John spontaneously found himself in Spain during his graduation trip and remembers the moment he first saw Amelia: “We caught one another’s eyes in the hall of our hostel one day and shared several chance encounters over the next two days. A late-night chat and a day of touring left both of us knowing that we needed to know each other.” The duo proceeded to email back and forth throughout their respective trips and agreed that “we had to see each other again. The best way I know how to describe it is that we were destined to find each other that night,” says Amelia. “I love telling people our story because it is such a great reminder that the best things in life are the things that cannot be planned.” 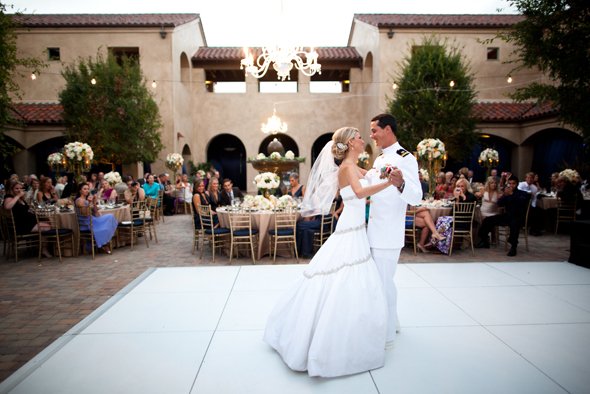 The reception was a tremendous celebration. Inspired by the natural elegance of the plaza and the shimmering night sky, chandeliers were strung overhead to emulate the stars above. Dancing outside, Amelia remembers it being “magical.” Both huge fans of live music, hiring a band was an obvious choice and, after a successful go-round at a local bar with friends, they agreed on Undercover Live Entertainment because they could envision all 220 guests dancing the night away. “They were so fun and engaging that the dance floor seemed too small for the huge group,” says Amelia. At 10 p.m. noise ordinances strategically moved everyone indoors to the after-party, which was bathed in electric blue up lighting and featured the talents of Showcase DJ Steve Sievers. Serving as a special California treat for their out-of-town guests, In-n-Out burger’s late nite snack truck made an appearance to keep the party goers sustained. “Our guests had so much fun that they partied hours after our grand exit,” shares the couple, who departed for their honeymoon in Belize. “It was an amazing water and jungle adventure!” 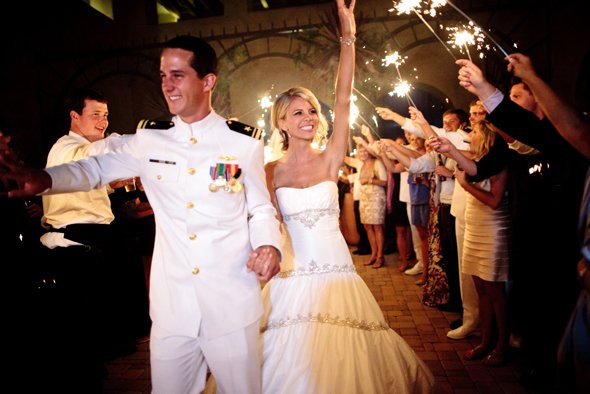